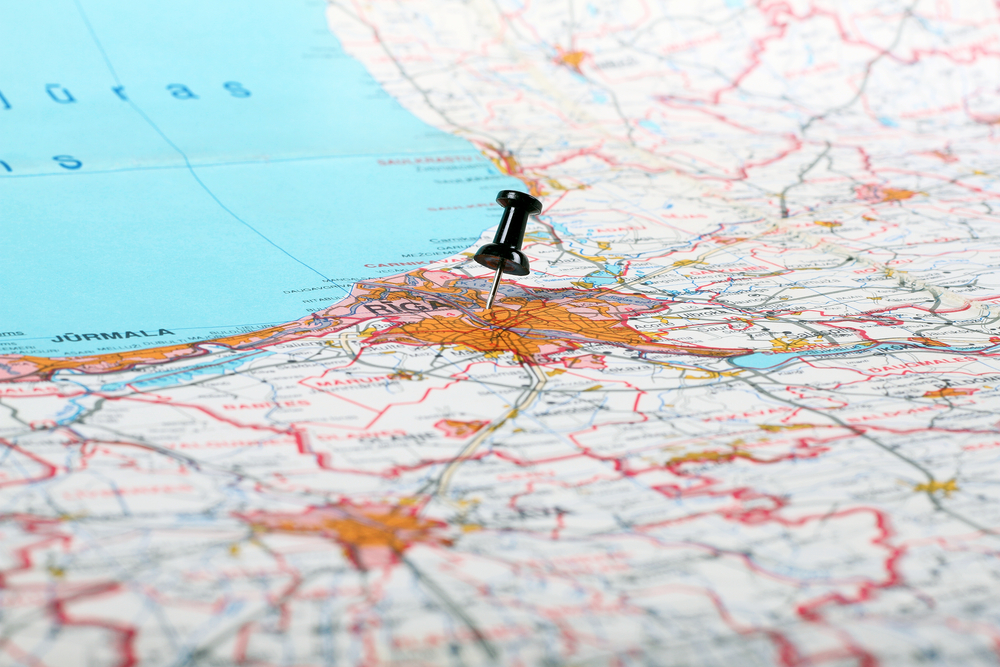 FinCEN’s GTO concerning LA’s garment district is as important for what it implies as for what it explicitly states. What it states is that a few businesses in LA’s garment district appear to have made themselves available to be used by Mexican drug cartels and money launderers. What it implies is that money laundering is not solely the concern of financial institutions. It is now a very real concern for non-financial businesses – TBML hits Main Street.

The article below can be found at http://www.acfcs.org/fincen-order-targeting-las-fashion-district-may-prod-institutions-to-review-trade-based-money-laundering-defenses/

A rarely used power recently employed by the US Treasury that imposed anti-money laundering-type obligations on a wide range of businesses In Los Angeles’ Fashion District may prompt institutions to engage in a broader review of the clothing and retail sectors outside the boundaries of the order.

Earlier this month, the Financial Crimes Enforcement Network (FinCEN) issued a geographic targeting order (GTO) requiring fashion-related businesses and other retailers to give greater scrutiny to cash transactions and file reports at lower thresholds. The order, which took effect October 9, will be in effect for 180 days.

The order reduced the threshold at which businesses must file reports with FinCEN on cash transactions, using what is called IRS Form 8300, from $10,000 to $3,000. It includes more than 2,000 businesses, including garment and textile stores; transportation companies; travel agencies; perfume stores; electronic stores (including those that only sell cell phones); shoe stores; lingerie stores; flower/silk flower stores; beauty supply stores; and stores bearing “import” or “export” in their name.

The GTO could prod other financial institutions to raise their risk assessment for similar types of businesses in the garment districts in other large cities, such as Miami, New York, Chicago or other places, said Jorge Guerrero, an anti-money laundering (AML) consultant based in Austin, TX.

“If banks and investigators believe these fashion-related entities have been misused in LA, there is the possibility that similar types of businesses have been misused in other large cities,” he said. “The GTO could be extended for more time or to new areas for similar markets in other jurisdictions, with probably similar results.”

The tactic of trade-based money laundering (TBML) is not new, and Mexican narco traffickers have long used businesses on both sides of the border to cleanse illicit funds.

However, TBML connected to narcotics cartels has exploded since Mexico restricted dollar deposits in 2010, a regulation the Mexican government recently rescinded. The move forced cartels to convert dollars in the United States to into pesos, rather than smuggling cash, making illicit proceeds harder to interdict and seize.

Compounding the problem in the latest cases, though, is that retailers and garment firms have no obligations to look for or report suspicious activity. The only obligation for the sector, like any other business, is to report on cash transactions involving more than $10,000 by filing an IRS form 8300, the non-bank sector version of the customer transaction report (CTR).

The GTO and related cases have led financial institutions to conclude there is a “renewed focus on trade-based issues, and not just AML, but sanctions and OFAC as well,” said Robert Rowe, vice president and senior counsel for the American Bankers Association, an industry lobbying group.

Many financial institutions “engaging in trading are rethinking it and reanalyzing how those relationships could be used by transnational organized crime groups or to evade sanctions,” he said.

In one example of a TBML scenario involving the clothing industry, drug money is intermingled with the business assets of a garment operation in the United States. That operation then works with a coconspirator in Mexico and sends products to the Mexican firm. The Mexican operation can then sell the seemingly legitimate goods for pesos, which can then be moved to other cartel members or deposited into banks and transferred to support foreign operations.

The GTO came on the heels last month of a massive raid of the LA fashion district, which saw 1,000 federal agents swarm more than 70 locations across Los Angeles, eventually seizing some $90 million in cash and assets and arresting nine people allegedly aiding Mexican drug cartels. The businesses targeted included some of the same clothing wholesalers and other operations subject to the GTO.

Prior to that, FinCEN in August issued a GTO covering the US-Mexico border at two California ports of entry that focused on armored car companies moving bulk cash. The information is aiding law enforcement with more precisely identifying who is moving funds into and out of the country using armored cars and other methods.

Given these regulatory and enforcement actions, institutions along the Southwest Border area near Mexico, and others with branches in large fashion district areas, like New York, Miami and Chicago, may be well advised to reassess the risks of certain classes of customers, said a compliance officer at a mid-size bank in Texas.

“The first thing for a compliance officer to do is to be sure that fashion-related clients subject to the GTO in these areas were properly risk-rated at account opening and be sure that if they were depositing significant amounts of cash, that the bank filed the appropriate CTRs and, if needed, [suspicious activity reports (SARs)],” said the person, who asked not to be named.

Beyond that, compliance staff should also “review if the bank has any other similar retailers in their portfolio in regions outside of the GTO, such as in large cities with major fashion hubs,” said the compliance officer. “The bank can then do a mini lookback, say for the past six months, year or two years, and look at the cash being deposited and what kind of other transactions are taking place and to what regions.”

Financial institutions should look at the GTO both as guidance and a critical piece of data to be meshed in with the existing risk assessment and to ensure those updated stats are also properly picked up by the transaction monitoring system, the person said.

“There have been a lot of banks that have gotten in trouble and have had to do lookbacks,” the compliance officer said. “But this way, doing a review before examiners are at the door, banks would be being proactive, rather than reactive, and getting any new information to law enforcement.”

It is possible that clothing retailers and others were targeted by traffickers for trade-based laundering because they have few or no stated AML obligations, Guerrero said. He noted that in the past, some retailers have been coaxed or bribed not to file IRS Form 8300s by money launderers, and even if the activity is suspicious, they have no obligations to file SARs. All businesses must file IRS Form 8300 if they take more than $10,000.

Guerrero’s consultancy has gotten a recent influx of calls from several retailers about how they might set up AML-type procedures, systems and training to aid them in voluntarily filing SARs and help them get ahead of any new GTOs that may capture them or broader sector AML requirements, he said.

“It’s clear investigators are concerned that the money laundering has moved from financial institutions” to the retailers and firms involved in domestic and international trade, he said. “The LA investigation puts banks on notice that any business can be misused and, in many cases, has no idea about monitoring and reporting suspicious activity” or what it would even look like.

In February 2010, FinCEN released guidance and red flags for trade-based laundering, stating that, even at that time, the technique was on the rise, particularly in trade tied to Central and South American trade. The guidance noted that between January 2004 and May 2009, financial institutions filed more than 17,000 suspicious activity reports identifying nearly $280 billion in potentially criminal transactions tied to trade.

The bureau, which last warned on trade in 1999 by releasing guidance on that particular laundering tactic, urged banks in its latest release to give added scrutiny to international wires received as payments for goods when the importers don’t live in the originating country.

As in other transactions, institutions should be wary of traveler’s checks and money orders in round denominations just under the reporting threshold of $3,000. Banks must also be on the alert when foreign trade operations with domestic accounts receive payments from unusual or high risk jurisdictions, particularly if the operations are not in the same or related sector.

Banks should take the GTO seriously because it’s “extremely rare,” with only maybe a half-dozen or so done in the past decade by FinCEN, according to an individual familiar with the matter. The agency also used a GTO on Las Vegas casinos in 2011, the person said.

“The idea of a GTO is to drastically increase reporting,” said the person, who asked not to be named. “But it has been vastly underused. The GTO can be very effective at filling in the blanks and getting a better financial picture of the cash going in and out of certain businesses. By lowering the threshold, you get a much better picture of the universe of activity.”

Now, the agency will also be under more pressure to show an outcome, either more cases and arrests by law enforcement, forfeitures and, possibly, a rulemaking that targets certain sectors to more permanently have full or partial AML program elements, said the individual.

In addition, the GTO is something that federal bank examiners will be cognizant of, said Kaveh Miremadi, a Washington, D.C.-based sanctions attorney. He stated that examiners may scrutinize the risk rating and initial depth of due diligence on entities identified in the GTO, and similar business types in other major metropolitan areas.

There is the possibility that because these businesses were not filing the proper forms for transaction of $10,000 or more, they might have also been structuring, or depositing the funds in lower amounts to evade reporting requirements at the banks holding their accounts. This would raise their risk ranking, Miremadi said.

Banks, after seeing the extent foreign drug groups invaded US businesses, may also have worries that they could have broader gaps in their money laundering controls tied to trade financing, said the individual familiar with the matter.

TMBL “is a big issue now and getting more attention from regulators and investigators,” said the person. “That’s because banks typically only get to see certain pieces of the transaction, such as the companies and general types of cargo. So institutions may be forced to tighten controls and ask for more details, such as the actual items and unit cost so they can attempt to double check if the products have been under- or over-priced.”

The article can be found at http://www.acfcs.org/fincen-order-targeting-las-fashion-district-may-prod-institutions-to-review-trade-based-money-laundering-defenses/