The federal depository institutions regulators and the U.S. Department of the Treasury’s Financial Crimes Enforcement Network (FinCEN) today issued a statement to address instances in which certain banks and credit unions may decide to enter into collaborative arrangements to share resources to manage their Bank Secrecy Act (BSA) and anti-money laundering (AML) obligations more efficiently and effectively. Collaborative arrangements as described in the statement generally are most suitable for financial institutions with a community focus, less complex operations, and lower-risk profiles for money laundering or terrorist financing. The statement, which was issued by the Board of Governors of the Federal Reserve System, the Federal Deposit Insurance Corporation, FinCEN, the National Credit Union Administration, and the Office of the Comptroller of the Currency, explains how these institutions can share BSA/AML resources in order to better protect against illicit finance risks, which can in turn also reduce costs. Today’s joint statement is a result of a working group recently formed by these agencies and Treasury’s Office of Terrorism and Financial Intelligence aimed at improving the effectiveness and efficiency of the BSA/AML regime.   Link to the press... END_OF_DOCUMENT_TOKEN_TO_BE_REPLACED

Japan’s financial watchdog is reportedly planning to force improvements at a number of licensed cryptocurrency exchanges over perceived issues with internal systems, including anti-money laundering (AML) measures. According to a report from Nikkei on Tuesday, the country’s Financial Service Agency (FSA) intends to ensure full compliance with current AML rules at larger exchanges as their holdings of customer funds rapidly increases. The report suggests at least five exchanges, including bitFlyer, Quoine, and Bitbank, are on the FSA’s list to receive “business improvement orders” this week. Please click on the link below to read the entire article.... END_OF_DOCUMENT_TOKEN_TO_BE_REPLACED 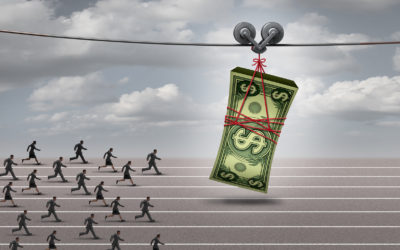 When it comes to financial crime compliance, a lot can change in 20 years. Just ask Jorge Guerrero, the chief executive of Optima Compass Group, a consultancy that, like the man himself, is pushing the boundaries of convergence and technology to better counter criminals. Please click on the link below to read the entire interview: https://www.acfcs.org/news/329235/Member-Spotlight-Advice-to-follow-the-money-leads-to-20-year-career-in-AML-for-Jorge-Guerrero-.htm... END_OF_DOCUMENT_TOKEN_TO_BE_REPLACED

FinCEN is issuing final rules under the Bank Secrecy Act to clarify and strengthen customer due diligence requirements for: Banks; brokers or dealers in securities; mutual funds; and futures commission merchants and introducing brokers in commodities. The rules contain explicit customer due diligence requirements and include a new requirement to identify and verify the identity of beneficial owners of legal entity customers, subject to certain exclusions and exemptions. Please click on the link below to read the entire FinCen ruling:... END_OF_DOCUMENT_TOKEN_TO_BE_REPLACED

The Financial Crimes Enforcement Network (FinCEN) today imposed a civil money penalty against Thriftway Food Mart and its owner and compliance officer, Kustandy Rayyan, for willful and repeated violations of the Bank Secrecy Act (BSA). Mr. Rayyan has admitted to conduct that violated the BSA and has consented to a civil money penalty in the amount of $10,000.   News Release: https://www.fincen.gov/news_room/nr/pdf/20160324.pdf   Enforcement Action:... END_OF_DOCUMENT_TOKEN_TO_BE_REPLACED

The Director of the Financial Crimes Enforcement Network (“FinCEN”), U.S. Department of the Treasury, hereby issues a Geographic Targeting Order (“Order”) requiring [title insurance company] to collect and report information about the persons involved in certain residential real estate transactions, as further described in this Order.  This Order supersedes the order applicable to [title insurance company] relating to certain transactions in the Borough of Manhattan in New York, New York that was executed by the Director of FinCEN on January 6, 2016. To read the entire article, please click here:... END_OF_DOCUMENT_TOKEN_TO_BE_REPLACED

On August 25, 2015 FinCEN proposed AML regulations for Investment Advisers that continue the path traced by FinCEN Director Jennifer Shasky Calvery to identify and correct AML deficiencies in areas previously ignored despite identified risks.   If adopted, the requirements proposed for Investment Advisers would mirror those imposed on other financial service providers.    We note that not all Investment Advisers have been lacking in the AML control area.  Some, including some Optima clients, have opted to proactively apply controls that they felt were required by the risks they identified in their individual operations.  As a whole, FinCEN’s proposed rule will level the playing field between Investment Advisors and other institutions and within the Investment Adviser sector itself.   If history can be relied upon to predict the future,  the rule will also create a more secure financial system, although some Investment Advisers experience growing pains in the process.     FinCEN’s Official Announcement   The Financial Crimes Enforcement Network (FinCEN) today proposed a rule requiring certain investment advisers to establish anti-money laundering (AML) programs and report suspicious activity to FinCEN pursuant to the Bank Secrecy Act (BSA). FinCEN also proposed to include investment advisers in the general definition of “financial institution,” which, among other things, would require them to file Currency Transaction Reports (CTRs) and keep records relating to the transmittal of funds.    News Release: http://www.fincen.gov/news_room/nr/pdf/20150825.pdf  Proposed Rule:... END_OF_DOCUMENT_TOKEN_TO_BE_REPLACED

On April 21, 2015 FinCEN issued another Geographic Targeted Order (“GTO”) in the Miami, Florida area to address Trade Based Money Laundering (“TBML”) activity involving drug cartels. This GTO follows a similar one issued against Los Angeles based businesses on October 2, 2014. In practical terms, the GTOs impose reporting requirements on businesses that mirror anti-money laundering (“AML”) and Bank Secrecy Act (“BSA”) requirements applicable to financial institutions. The specific requirement is a reduction of the threshold amount required for businesses to file Form 8300. Instead of filing Form 8300 upon the receipt of more than $10,000 in cash, the requirement applies to receipt of cash of $3,000 or more. Significantly, businesses are required to aggregate multiple transactions from the same source that accumulate said amount in one banking day. Most businesses that are not financial institutions lack a reliable, automated mechanism or tool to track and properly comply with the GTO. However, through Optima’s AML Compass businesses can comply with the monitoring, detection, reporting and record retention requirements that are embedded in the GTO. Judging by the basis for FinCEN’s actions in Miami and Los Angeles, it is likely that other GTOs will soon follow in additional jurisdictions.   FinCEN’s Official Announcement The Financial Crimes Enforcement Network (FinCEN) issued a Geographic Targeting Order (GTO) today to about 700 Miami businesses to shed light on cash transactions that may be tied to trade-based money laundering schemes. These complex schemes are a primary method used by drug cartels, including the Sinaloa and Los Zetas, to launder their illicit proceeds. FinCEN’s order is aimed at disrupting the illicit financial infrastructure upon... END_OF_DOCUMENT_TOKEN_TO_BE_REPLACED

Individual Accountability Emphasized in Civil Actions Click here to see Press Release Actual Court Documents can be seen at: http://www.fincen.gov/news_room/ea/files/Haider_Assessment.pdf http://www.fincen.gov/news_room/ea/files/USAO_SDNY_Complaint.pdf   WASHINGTON, DC – The Financial Crimes Enforcement Network (FinCEN) today issued a $1 million civil money penalty(CMP) against Mr. Thomas E. Haider for failing to ensure that hiscompany abided by the anti-money laundering (AML) provisions of the Bank Secrecy Act(BSA). Concurrently, FinCEN’s representative, the U.S. Attorney’s Office for the Southern District of New York (SDNY), today filed a complaint in U.S. District Court that seeks to enforce the penalty and to enjoin Mr. Haider from employment in the financial industry. This CMP is the product of a joint investigation by FinCEN and the SDNY. From 2003 to 2008, Mr. Haider was the Chief Compliance Officer for MoneyGram International Inc. Mr. Haider oversaw MoneyGram’s Fraud Department, which collected thousands of complaints from consumers who were victims of fraudulent schemes. Mr. Haider also headed MoneyGram’s AML Compliance Department, which was charged with ensuring compliance with requirements under the BSA designed to protect the financial system against money laundering and terrorist finance. “In my job, I’ve met hundreds of compliance officers and I know them to be some of the most dedicated and trustworthy professionals in the financial industry,” said FinCEN Director Jennifer Shasky Calvery. “FinCEN and our law enforcement partners greatly depend on their judgment and their diligence in our common fight against money laundering, fraud, and terrorist finance. Mr. Haider’s failures are an affront to his peers and to his profession. With his willful violations, he created an environment where fraud and money laundering thrived and dirty money rampaged... END_OF_DOCUMENT_TOKEN_TO_BE_REPLACED

The Conference of State Bank Supervisors (CSBS) has released a draft proposal for regulating digital currency businesses. The membership group, which represents bank regulators from US state agencies but does not play a direct role in how states craft new financial rules, outlined a number of areas in which it believes companies that work with digital currencies should be supervised, including approaches to consumer protection, licensing and security. Overall, the framework echoes elements of the New York State Department of Financial Services’ (NYDFS) BitLicenseproposal. The draft framework targets those who exchange digital currencies or facilitate such activities, and explicitly identifies itself as “technology neutral”. The CSBS suggests licensing and supervision requirements should apply to businesses that exchange virtual currency for fiat currency and virtual currency for other types of virtual currency; transmit virtual currencies; and facilitate the third-party exchange, storage or transmission of virtual currencies. The latter category is defined to include wallets, vaults, kiosks, merchant-acquirers and payment processors. The draft continues: “For financial services, these activities-based regulations already exist in most state laws, generally covering the transmitting, exchanging, and/or holding of value on behalf of another. Such financial transactions or services place the activity provider in a position of trust. This position of trust is the basis for most financial services laws and regulations, and should be applied regardless of the medium of value.” The CSBS has held several meetings in the past year, which garnered participation from both regulators and members of the cryptocurrency industry. During those hearings, both the promise and challenges of the technology underlying bitcoin were explored, eliciting both positive and negative reactions from the CSBS representatives leading the talks.... END_OF_DOCUMENT_TOKEN_TO_BE_REPLACED
« Older Entries

Have Questions or Need to Book a Consultation?